Skip to content
Home  »  Garbage Disposal
A modern house would seem incomplete without a garbage disposal. Your home’s garbage disposal is responsible for effectively handling any items that flow through the drain, and could cause problems in your piping. Waste is efficiently broken apart and flushed through the drain, instead of clogging up your sink and blocking the piping. Contrary to popular belief, the disposal is not made for processing anything you wash down it, so you should avoid putting lemon peels or similar objects down it. 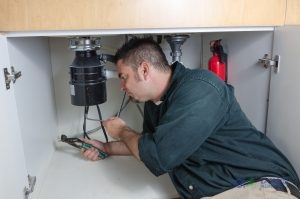 We Will Get Your Garbage Disposal Running Again.

Additionally, an obstructed or broken garbage disposal makes a big inconvenience. Refuse that could rinse effortlessly down the drain will plug the sink, and create displeasing odors and unsanitary conditions. Garbage disposals that have been compromised will even result in a safety concern. Call (909) 684-1915 right away to schedule installation or maintenance of a garbage disposal in Fontana, CA from A O Dowd Plumbing Inc.. Our team’s garbage disposal offerings will make everything simpler.

Items You Ought Never to Put Down A Disposal

As for regular service, garbage disposals do not require much. A garbage disposal’s optimal operation depends more on activities to stay away from rather than commit. You can keep the machine in first-rate repair if you avoid flushing the following down the drain.

You must, generally speaking, avoid placing fibrous items down the disposal. Pressure on the motor takes place as these foods wrap around the blades of the machine. Asparagus, carrots, corn husks, onion skins, lettuce, celery, and artichokes all stand as a sample of fibrous items. Deposit smaller quantities and run the cold tap if you want to put them down the drain.

Starchy foods additionally create problems for garbage disposals. Starches will take in water, swell, and eventually harden into a paste-like substance. A device’s proper action will be disrupted through this hardened paste, which will eventually make a clog in the trap. Pasta, potatoes, rice, and beans each stand as examples of items to avoid.

Grease and oil, as perhaps the most important items to avoid with disposals, create significant issues for the machines. Grease and oil that runs through a disposal will cover the teeth and render them less potent. They will additionally amass and clog your drains. Oil and grease that gets trapped a disposal and pipes can eventually begin to deteriorate and smell bad.

Despite rumors to the obverse, egg shells supply zero attributes for a garbage disposal. Many people trust that eggshells sharpen a device’s blades, whereas all they actually accomplish is clog piping. Eggshells leave behind a sandy substance that does not want to move down your drain. Instead, it will become stuck in your pipes, and eventually become a clog.

Set Up Maintenance or Replacement Right Away

For any garbage disposal repair in Fontana, CA, go with the team at A O Dowd Plumbing Inc.. This indispensable appliance deserves the best in terms of repair and installation. Contact us right away at (909) 684-1915 for all inquiries or to set up work.